This post attempts to understand Django permissions in detail. We will cover the following:

Permission is a technique to determine if an action should be allowed or disallowed for a particular user.

Similarly you might want to allow viewing voting results for only a certain set of users. This scenario needs to be handled using permissions.

A Django user has three attributes which work in tandem with permissions.

user_permissions is a many-to-many association with User.

Till now, we haven't associated any permission with steve. That's why user_permissions.all() returned an empty queryset.

Try to login to admin as steve. You wouldn't be allowed. Django would complain with:

Try to login as steve again. You would be able to login. However you wouldn't see any model listed in the admin. Instead you would see the following message:

Django allows staff users to login to admin but doesn't show change list or add forms unless permissions are assigned to the staff user.

Let's add a permission for steve.

We will understand model Permission and ContentType in detail in following sections.

Refresh admin, you should see Users in the admin and the '+Add' button for Users.

Clicking on '+Add' will give a 404 with the following message:

That's why let's assign 'Change user' permission too to steve.

Now steve would be able to '+Add' as well as 'Change' users.

We assigned the permissions add_user and change_user to steve. This enables steve to create and change other user instances.

Django provides a model called ContentType. An instance of ContentType is created for every model in the Django project.

app_label tells the name of app the model is part of. model is a string and tells the model name. get_for_model() is a helper method to easily get the ContentType instance corresponding to the model.

If you have polls app setup, you can get ContentType for Question and Choice.

And since a model is represented by a ContentType, so this essentially means that Permission needs to have a ForeignKey to ContentType.

As we already discussed, three permissions are created for each content_type by default.

Let's query the permissions created for content type of Question.

Let's query the permissions created for content type of Choice.

This confirms that 3 default permissions are created for each model.

That's why, earlier while adding permissions for Steve, we did:

Checking permissions for a user

Most of the times you would assign permissions to user. Permissions can be assigned to Group too which we will see in a bit.

Earlier, we assigned some permissions to steve.

Let's check if steve has permissions to act on User model.

Model User has a method called has_perm(). While checking for permissions using has_perm() we need to pass the permission's content_type's app_label and permission's codename. These two has to be separated using a dot.

It is worth mentioning that has_perm always returns true when checked against a superuser. We don't have to explicitly assign the permissions to superuser.

We haven't assigned any permission to ken. Let's check has_perm() on ken.

We will use Django polls app as reference here. Assume you only want to allow certain users to vote on choices.

The concerned models are:

We will create a permission called can_vote and only users with this permission would be able to vote on a choice. Since this is related to model Choice, so we should be associating this permission with Choice's content type.

As expected, there are 3 existing permissions.

Let's ensure that the new permission was successfully created.

4 permissions are associated with Choice. This confirms that permission was successfully created.

Check if steve has permission to vote on choices.

Let's grant this permission to steve.

TIP: instead of having to explicitly re-fetch the particular instance of a Model from the DB, you can add a helper method to the model which would do the work:

Now when you need to update the reference to a model object with the latest data in the DB, you can do so:

Your voting view code can have has_perm() line to ensure that only users with permission are allowed to vote. It would look something like:

There is also a method called get_all_permissions() on User which can come handy in some scenarios. Let's find all permissions granted to steve.

Let's assume we have a page which allows logged in users to create questions and choices. In case we want to restrict question creation to certain users, our view code could use polls.add_question.

In this case, we could use Django created polls.add_question itself and didn't have to create a custom permission.

Let's first ensure that the new users don't have permission to vote.

Create group and associate with users.

Grant this group permission to vote.

Check again if the permission has been granted to bill and mark by virtue of belonging to this group.

As you can notice, has_perm() returns True for both bill and mark even though we didn't explicitly grant them the permissions.

In last few sections we created custom permission using Permission.objects.create(), there is another way permission can be created.

code_name and name for the permission can be provided in model's Meta.permissions and these permissions will then be created by Django.

Say we want to add a custom permission called can_add_multiple_questions using which we will determine if a user can create multiple questions. We can do the following in such case.

We can then run makemigration and migrate to ensure that an instance of Permission is created in the database. And then we can associate this permission with any user.

We can then use user.has_perm('polls.can_add_multiple_questions') in the view to decide if a user can create multiple questions.

Hope this knowledge makes working with permissions more straightforward for you. 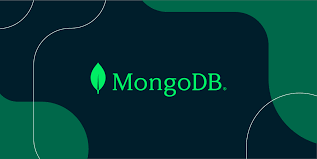